Pleasanton’s ZIP codes made the top 500 in Forbes magazine’s most expensive areas to live in the United States.

With a median home price of $874,377, Pleasanton’s 94566 ZIP code is one of the most expensive places to live in the United States.

Despite a 15 percent decline in property value from a year ago, the ZIP code is No. 286 on Forbe’s annual list of priciest codes.

A third ZIP code, 94568, listed for Pleasanton, according to the U.S. Postal Service, is not on the list.

CNNMoney.com recently placed Pleasanton among the Top 100 best places to live in the nation. It mentioned a family-friendly environment, high-achieving schools,  a low crime rate and numerous parks and trails as factors in the city’s desirability. Its ZIP codes continue to draw people.

Resident Elisabeth Hallahan said on Patch’s Facebook page that schools were one of the reasons she moved to the city.

“People in this town care about education and become involved at a very personal level,” she said.”I just wish we had moved here sooner.” 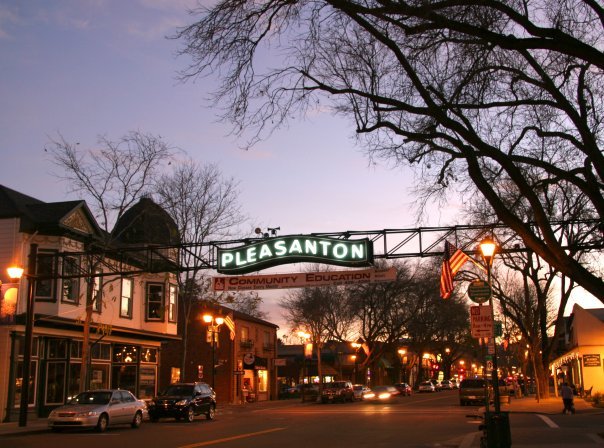 Diablo Flooring Inc
4.9
Based on 57 reviews

Michael Hawes
19:23 24 May 20
We received excellent advice about the different types of floors, and help with choosing the actual product, an engineered wood. Our house is about 2000 sq ft. The installers did a great job and completed within 4 days despite some serious issues with the sub-floor. It looks fantastic and the price was good too! Highly recommended.

Stephanie R
18:30 20 Apr 20
We had a great experience with Diablo Flooring. We were greeted with helpful and friendly customer service when we were shopping around and ultimately picked a durable carpet we are happy with. The installation appointment was made super quickly—it was installed the next day. I’d happily buy from these guys again.

John Burgess
22:12 25 Feb 20
The store has a good selection of flooring products. The staff is friendly and knowledgeable. Flooring products include carpet, engineered wood, real wood and luxury vinyl.

Li Alvin
18:54 30 Oct 19
The reason why I chose Diablo Flooring is not only based on their review on Yelp but also because Dave's advice and service is superb! The installers did an amazing job - true professionals, incredibly skilled. We are very pleased with our new hardwood floor! Highly recommended!

William Neil
17:46 12 Oct 19
Amazing experience from beginning to end. Brian and Dave were so great to work with and made it so easy for us. The carpet was installed and looks great. The installers were great to work with and they worked really hard to get it all done in one day and took time to really protect the carpet when it unexpectedly started to rain. I couldn't be happier with the whole thing and would 100 percent recommend using them. Off course, I comeback again!!

Nicely Velosy
18:44 02 Oct 19
Highly recommend. Quick, professional, and extremely detail-oriented (which is a huge bonus for someone with a type A personality like myself). The floors are gorgeous and installation was a breeze. Again thanks to Diablo Flooring Inc for your nice job.

Paul Gray
08:08 01 Sep 19
My floors are beautiful. The guys worked so hard. Kind, professional guys. This is my 2nd time to use this company. They are great!

Roberto Gomez
13:55 27 Aug 19
Amazing experience from beginning to end. Brian and Dave were so great to work with and made it so easy for us. The carpet was installed and looks great. The installers were great to work with and they worked really hard to get it all done in one day and took time to really protect the carpet when it unexpectedly started to rain. I couldn't be happier with the whole thing and would 100 percent recommend using them.

Torry Mow
07:50 17 Aug 19
The whole experience of buying new hardwood floors was excellent. Brian was very helpful on purchasing our floors, Brent installed the flooring, did and excellent job, explaining each step that he did. Thank you Diablo Flooring.

Richard Martinez
18:23 15 Aug 19
Highly recommend. Quick, professional, and extremely detail-oriented (which is a huge bonus for someone with a type A personality like myself). The floors are gorgeous and installation was a breeze.

Bonnie Antonini
19:34 23 Jul 19
I chose Diablo Flooring based on their excellent Yelp reviews and was not disappointed. Brian helped us choose our hardwood, which we wanted to cover the three carpeted bedrooms coming off a hardwood hallway. It was perfect. The guys who installed were courteous and hardworking. They did a great job. We could not be happier and will use them again in future when we get around to our upstairs guest room.

ALEX GOIRIZ
03:57 23 Jun 19
Great advice from Dave on how to take care of the laminate and vinyl floors. Very knowledgeable about installing floors and not pushy sales person. The floor installers Jaime and Alejandro did a very nice/professional job. I'm very pleased with my new floor and would recommend Diablo Flooring.

Ed McNally
18:00 03 Jun 19
Dave was a pleasure to deal with. He explained the various choices of carpeting. We priced similar carpeting at Lowes who were less expensive but we did not feel comfortable going with Lowes. Dave worked with us and we were happy we went with Diablo flooring. The installers were terrific moving lots of heavy furniture. I would recommend Diablo Flooring for your flooring needs.

Ray Welch
01:54 21 Mar 19
Great customer service! I recently had flooring installed. The floors look great but the installation didn't quite go as planned. I was initially unhappy and I called Brian. He did not make excuses and did everything possible to make me happy. His integrity and sincerity are what have made me a customer for life. A true professional!

George High
23:06 14 Mar 19
I have worked with Brian on several flooring projects and have always found that he is honest and very reliable. His costumer care and service are top notch. Highly recommend!!!!

Jen Platts
21:58 04 Mar 19
I have been purchasing carpet & hardwood flooring from there stores for several years and have always received nothing but professional service each time without exception. On one occasion there was a installation concern and it was corrected without any delay. In general, treat people with respect and you will likely receive the same n return, or at least more often. I for one am very grateful to Diablo Flooring for the manufacturers they represent and the products they sell and install. Above all, I'm grateful for their commitment to their customers and to overall quality at every level.

Dana Robinson
22:10 12 Dec 18
We hired them to install carpeting in a home we had recently bought. This was about a year and a half ago. The install quality has proven to be terrible. Almost every room in the house has severely buckled carpet. I've attached photos to show the awful quality. They are side-lit so you can better see the bumps and wrinkles. I really wish we had picked a different company and would not hire them again. Learn from our mistake and hire someone more competent. Note to Diablo Flooring: It's under my wife's name: Carol. You did the work in March of 2017 and it was definitely you because I clicked the review link in the email you sent her.

Liz harper
01:04 01 Dec 18
We had a quick turn around time to get the carpet in our house replaced. Diablo was able to measure the next day. We had a budget and they showed us samples that kept us at the price point we wanted. They were able to order immediately and scheduled our install two weeks out. Install was flawless. The crew showed up promptly and finished all the work in one day. Overall, I'm very satisfied.

Traci Tupper
03:00 02 Nov 18
From start to finish Diablo Flooring exceeded our expectations. Dave was great to work with and we had hardwood installed throughout the downstairs and carpet upstairs. He was very knowledgeable in helping us pick the flooring type for our families needs. The floors look fantastic and I would highly recommend Diablo Flooring. The installers did an excellent job also. All around 5 stars!!

Enzo DeOliveira
15:40 29 Sep 17
An excellent company to work with - great service, quality and price! The staff is amazing to work with. Could not be happier with our floors!

Shelley Sirmans
13:49 26 Jul 17
New carpet installed yesterday by Diablo Flooring....we LOVE it. Thanks so much for such an awesome experience. Dave came to our house to measure, we ordered, then the amazing installing team arrived and were in and out within 3.5 hours. It's beautiful. Thanks

Kelly Nixx
12:43 02 Jul 17
If I could give higher than five stars I would. Diablo Flooring did incredible work! They worked within my time frame and even finished quicker than originally quoted. The hardwood floors look amazing. Everyone who comes to my house is asking me about them and who did them. They were the most reasonable of three bids by $1000. The whole crew was incredibly professional and did wonderful work.

Larry Hrubesh
04:55 29 Jun 17
Entirely pleased with the entire experience with Diablo Flooring - start to finish. The flooring products are excellent quality and the installation went especially well. We will recommend Diablo Flooring to others.

Paula Meo
23:40 26 Apr 17
Diablo Flooring has been wonderful in all aspects, I have been a returnee doing business with them over and over. I like Brian, Dave, they are wonderful, they are honest, tell you exactly what needs to be done, no surprises. The installation team are great as well, they were courteous,kept everything clean after the job was done, and the best, the product looked amazing to perfection. I will go back over and over again. Thank you team for being timely in all aspects whether it was getting the product timely and the installation.
Next Reviews